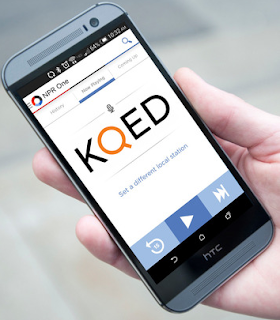 NPR is working to help more stations contribute to NPR One, its streaming audio app that has proven successful at drawing new listeners to public radio content since its launch in 2014.

According to current.org, the largest age group listening to NPR One is 25- to 34-year-olds, according to NPR, with 40 percent of listeners under 35. More than a third of users who answered NPR surveys said they never or only occasionally listen to broadcast radio.

And the audience is sticking around. According to NPR data, the average user listens to NPR One for nearly two and a half hours a week. There could be benefits for broadcast as well: More than a quarter said they are listening more to NPR on terrestrial radio after starting to use NPR One.

NPR One gives listeners a continuous stream of NPR News segments, mixed with local coverage targeted to the listener’s location. Nearly all NPR member stations that aren’t music-only can be found through NPR One, according to the network.

NPR One’s success in reaching new audiences comes at a time when the network’s broadcast shows have been losing ground among younger listeners.

Last fall, NPR research showed declines in average–quarter-hour listening from spring 2010 to spring 2015 in every age group except 65+. Total broadcast audience during morning drive time dropped 11 percent over that time. NPR projected last fall that by 2020 listeners 44 and younger would make up around 30 percent of NPR stations’ audience, half that group’s share in 1985.

NPR One rolled out in July 2014 as “Pandora for public radio,” with the promise of giving listeners more control over what they hear. Listeners’ skipping and rating of segments informs an algorithm that refines story selection. Users can also listen to podcasts produced by NPR and stations, which are featured in their own section of the app.
Posted 3:40:00 AM