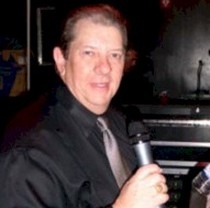 Las Vegas Radio personality Scotty O’Neil, for more than a decade the popular sidekick and announcer on the “The Dennis Bono Show,” collapsed suddenly and died onstage during a taping of Bono’s show at South Point Showroom. He was 69.

The Las Vegas Sun reports Lorraine Hunt-Bono, Dennis Bono’s wife and owner of Bootlegger Bistro, confirmed that O’Neil died this afternoon. No official cause of death has yet been determined. O’Neil is survived by his wife of 15 years, Kristy Killian.


"I am sad to announce the passing of my dear friend and co-host Scotty O’Neil. Scotty was an important part of my life as both a personal friend and a working partner. For over eleven years, he has been a pivotal part of The Dennis Bono Show. Scotty was a very talented consummate professional and a man of great integrity and character. Scotty passed onstage doing what he loved. We are devastated at his loss. Our thoughts and prayers are with his family during this difficult time. Scotty's voice will continue to be heard over the airways as the voice of The Dennis Bono Show. I will always miss my sidekick."

After a routine start to today’s broadcast, O’Neil dropped from the interview couch to the floor during a commercial break while he was talking to guest Corrie Sachs, who portrays Reba McEntire in “Country Superstars Tribute” at the Golden Nugget. The tragedy unfolded 15 minutes into the show. Paramedics’ efforts to revive O’Neil onstage were unsuccessful, and he was taken to St. Rose Dominican Hospital’s Siena Campus.

O’Neil was a former morning DJ at KJUL 104.3-FM, leaving the station when it changed formats from adult standards to country in 2005. He joined Bono’s syndicated variety show when it launched in 2000 at Sam’s Town. The show is spiced with Las Vegas acts, is performed for a live audience and also airs on several local AM and FM stations.

Before moving to Las Vegas, O’Neil had a long and distinguished career as a radio personality in Los Angeles and studied broadcast journalism at UCLA.