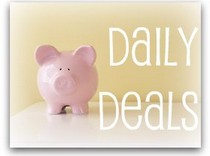 Local online media is set to undergo a transformation. Advertisers will make a steady shift to digital media spending. There will be “tremendous” daily changes in where ad dollars go. And the deal-a-day industry is poised for strong growth, reports Bill Kirtz at NetNewsCheck.

BIA/Kelsey executives made those predictions Monday morning to kick off the Interactive Local Media East conference in Boston.

Movement from traditional media such as newspapers to interactive/digital media will continue, he said, with annual digital media ad spending reaching $42.5 billion by 2015 -- almost double its 2010 revenue. Fratrik referred to the company's “U.S. Local Media Annual Forecast (2010-2015)” released this morning.

Fratrik said he is intrigued by the question of whether newspaper paywalls, such as the one erected by The New York Times last week, will stem that medium’s decrease in advertising shares. While The Times may be able to weather the decreased in advertising dollars with circulation revenue, "It will be interesting to see how -- and if -- other papers will be able to make that up," Fratrik said later.

He’s also “fascinated” by the growth in online couponing, noting the recent deals between Groupon and a movie premiere. He sees the deal-a-day industry poised for strong growth as it expands to include more kinds of offers.

Businesses will shift more and more of their ad spending from vehicles like direct mail to daily deals, Fratrik said.