At 6:00 p.m., a Milwaukee radio fixture for more than 40 years will end his last show on the most listened-to radio station in Wisconsin. 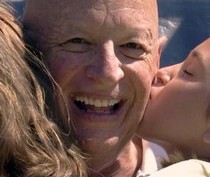 Jonathan Green, host of the "Greenhouse" show, will start his final program bearing his name at 3:00 p.m. on remote for the Kids to Kids proram.

"This is the end of a long time here," said Green on Newsradio 620 WTMJ's "Wisconsin's Morning News."

"If you look at all the radio stations in the country, there's only a handful that over the period that I've been here has not changed ownership, flip-flopped their format (or) changed call letters.  We've evolved it.  We're still owned by the same company. You can't just do that when corporations go changing things."

"I happen to be at the right place.  I love taking shots at this company, but this is a great radio station."

How will Jonathan end it?

He particularly wanted to end his show's tenure with a program that would help one of the many charitable efforts he's championed over the years, Kids 2 Kids Christmas.