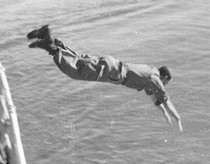 Maybe a year ago the media world would have been surprised to see the Sunday New York Times business editor leave the paper and head to The Huffington Post.
But according to John Koblin and Media Memo at wwd.com, the announcement on Thursday that Tim O’Brien is going to work for Arianna Huffington felt a little like the latest trend. Voluntary departures — once unheard of at the Times — seem to be increasingly the norm these days.

“I have a deep attachment to the Times,” said O’Brien. “This was not a knee-jerk or easy decision to make.”

It probably hasn’t been easy for anyone, but in the last 10 days, five people have given notice at the Times:
O’Brien quit on Thursday, David Shipley said the day before that he was heading off to Bloomberg, Dexter Filkins is leaving to go to The New Yorker, Ashlee Vance is going to Bloomberg BusinessWeek and Christine Muhlke has jumped ship to Bon Appétit. In September, Peter Goodman left the business section to go to The Huffington Post, and in July, tech correspondent and blogger Brad Stone said he was going to Bloomberg BusinessWeek.

That’s not exactly a breathtaking amount of departures for a newsroom that has more than 1,000 people, but these aren’t entry-level reporters. The list consists of the op-ed editor (Shipley), a legendary war correspondent (Filkins), a Sunday business editor (O’Brien), a big-time economics writer (Goodman), The New York Times Magazine food editor (Muhlke) and two senior tech writers (Stone, Vance).

Is there suddenly a Times talent retention issue? The paper has been legendary in its ability to foster decadeslong careers for its top writers and editors. But if the last week or two is any indication, the notion of the star Times lifer is starting to look like a thing of the past. There is a caveat, of course: The Times has done a remarkable job of retaining talent in recent years, even as competitors such as The Washington Post have lost lots of big names (art critic Blake Gopnik and fashion writer Robin Givhan are the latest members of the Post’s Style section who are going to work for Tina Brown).

“We’ve had raids before, and every case is its own thing,” e-mailed Times executive editor Bill Keller.