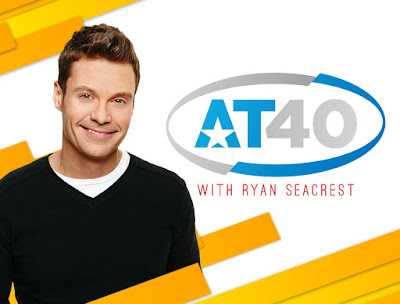 Premiere Networks has announced that this weekend, July 4 and 5, marks the 50th anniversary of American Top 40 (AT40) – the most famous countdown show in radio history.

As part of a year-long celebration, AT40 host Ryan Seacrest will highlight an iconic artist moment from the show’s archives every weekend, including interviews with the stars and the show’s creator and original host Casey Kasem. Listeners will also have the opportunity to win prizes and one-of-a-kind experiences throughout the year.

“Over the past five decades, American Top 40 has become a cultural touchpoint for millions of people around the globe,” said Julie Talbott, President of Premiere Networks. “Casey Kasem created the gold standard that we carry on today, and we’re so proud of how Ryan has expanded that legacy. He’s taken the show to new heights over the past 16 years with added reach, engagement and technology, while continuing to drive impressive results for our partners.”

American Top 40 was created by Casey Kasem in 1970. Seacrest debuted as host of the program in January 2004, and continued the tradition of counting down the Top 40 songs and interviewing the biggest stars in entertainment. The program was also revolutionized with added technology. Building on the interactive quality of https://www.at40.com/, the audience was allowed to vote for their favorite songs, enter contests for concert flyaways and communicate directly with Seacrest.


American Top 40 began on the Independence Day weekend in 1970, on seven radio stations, the very first being KDEO in El Cajon, California (now KECR), which broadcast the inaugural show the evening of July 3, 1970. The chart data broadcast actually included the top 40 songs from the week ending July 11, 1970. The very first show featured the very last time both Elvis Presley and The Beatles had songs simultaneously in the Top 10. 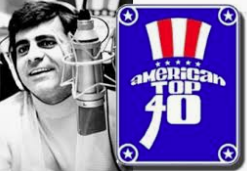 It was originally distributed by Watermark Inc., and was first presented in mono until it started recording in stereo in September 1972.  In early 1982, Watermark was purchased by ABC Radio and AT40 became a program of the "ABC Contemporary Radio Network". The program was hosted by Casey Kasem and co-created by Kasem; Don Bustany, Kasem's childhhood friend from Detroit, MI; radio veteran Tom Rounds; and 93/KHJ Program Director Ron Jacobs, who produced and directed the various production elements.

The show began as a three-hour program written and directed by Bustany, counting down the top 40 songs on Billboard's Hot 100 Singles chart. The show quickly gained popularity once it was commissioned, and expanded to a four-hour-program on October 7, 1978, to reflect the increasing average length of singles on Billboard's Hot 100 chart.

Today, American Top 40 with Ryan Seacrest continues to be the number one countdown show in the U.S. and can be heard on nearly 500 radio stations worldwide including markets such as New York, Los Angeles, Chicago, Dallas, Washington, D.C., Singapore, Toronto, Vancouver, Nairobi, Beijing, Cairo, Sydney, Dubai, and many others. The program attracts blue-chip sponsors, including Procter & Gamble, The Home Depot, Geico, Capital One, and many others.
Posted 3:22:00 AM