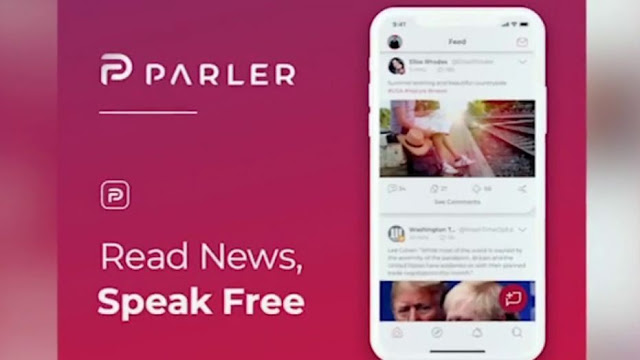 Jim Jordan, Elise Stefanik and Nikki Haley all have something in common, other than a strong affection towards President Trump.

CNBC reports the three Republican politicians joined social media app Parler this week, adding their profiles to a site that’s emerged as the new digital stomping ground for anti-Twitter conservatives. Sen. Ted Cruz of Texas arrived earlier this month and Rep. Devin Nunes of California started in February, while Sen. Rand Paul of Kentucky has been a member since 2018, the year the app launched.


To be fair, Trump campaign manager Brad Parscale has also been on Parler since 2018. Eric Trump, the president’s son, and his wife, Lara, joined on the same day last month. Like Twitter, the app lets users share comments, photos and news stories with their followers.

The catalyst for the latest growth surge was a story from The Wall Street Journal on Wednesday, which said that the Trump administration was looking for alternatives to Facebook and Twitter over concern that more content is going to be blocked as the election campaign heats up. The Journal named Parler as a possible alternative.

Two days later, Parler was the top-ranked iPhone app in the news category, ahead of Twitter and Reddit, and 24th overall, just behind Venmo and WhatsApp, according to App Annie. User growth surged to 1.5 million from 1 million over the course of about a week, said John Matze, Parler’s 27-year-old founder and CEO.

Parler is playing into the hands of conservatives, who have become more vocal in their criticism of Twitter since the site started flagging Trump’s tweets for promoting violence or abusive behavior or making false claims that could confuse voters. Trump supporters have long argued that the dominant Silicon Valley platforms have been out to censor conservative voices, even as those very same people continue to post on those sites and rack up followers by the thousands.

Rep. Jordan of Ohio told his 1.4 million Twitter followers on Friday to come over to Parler, where they “don’t censor or shadow ban,” referring to the practice of banning users in a way that’s not apparent to them. By late afternoon he had about 3,100 followers on Parler.


Join us on @parler_app at @Jim_Jordan!


Twitter regularly denies treating people differently based on their political views. Liz Kelley, a Twitter spokeswoman, told CNBC in a statement that, “We enforce the Twitter Rules impartially for everyone, regardless of their background or political affiliation.”
Posted 1:13:00 AM