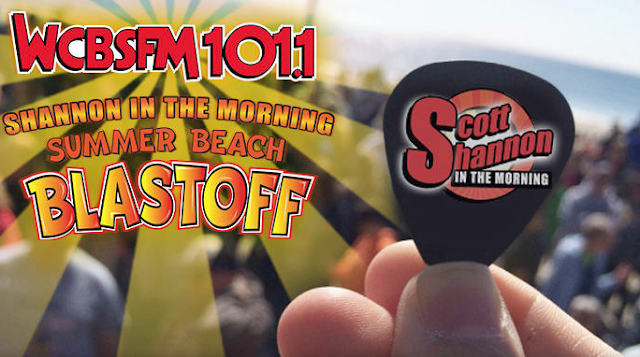 If it’s the Friday of Memorial Day weekend at the Jersey Shore, that means New York City radio stations are coming to town.

This year there’s a new wrinkle to Memorial Day Weekend Radio Friday — WCBS 101.1 FM’s Shannon in the Morning Summer Blast-Off is leaving Seaside Heights for Coney Island, but the country-themed NASH-FM is taking its place.

WCBS-FM's Scott, Patty, John & Brad will air live from the Boardwalk in Coney Island – Friday Morning, May 25th and kick off your Memorial Day Weekend with the Shannon in the Morning 'Big Show' featuring performances by Smash Mouth, Taylor Dayne, and Cause & The Effects!

The trend of radio stations setting up shop at the Shore for MDW Friday started with the WNEW-FM beach concerts on Asbury Park in the '80s. In 1997, WPLJ’s “Scott and Todd Morning Show” aired from Jenk’s in Point Pleasant Beach. The WPLJ show is now called “Todd and Jayde in the Morning” and it’s still at Jenk’s.

Here’s a look at the big three this Friday, May 25, courtesy of the Asbury NJ Park Press — they’re all free to attend. 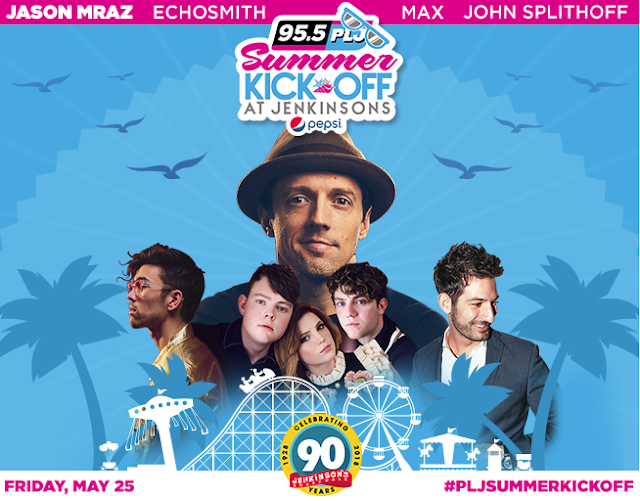 This is the one that started it all for New York radio MDW remotes at the Jersey Shore.

Back in 1997 WPLJ’s 95.5-FM “Scott and Todd Morning Show,” featuring DJs Scott Shannon and Todd Pettengill, came for a visit to Point Pleasant Beach and KT Tunstall was the headliner. Now, it’s “Todd and Jayde in the Morning,” thanks to the addition of Jayde Donovan, and Jason Mraz, Echosmith, Max and John Splithoff will be performing live starting 6 a.m. Friday, May 25 at  Jenk’s on the Point Pleasant Beach boardwalk, 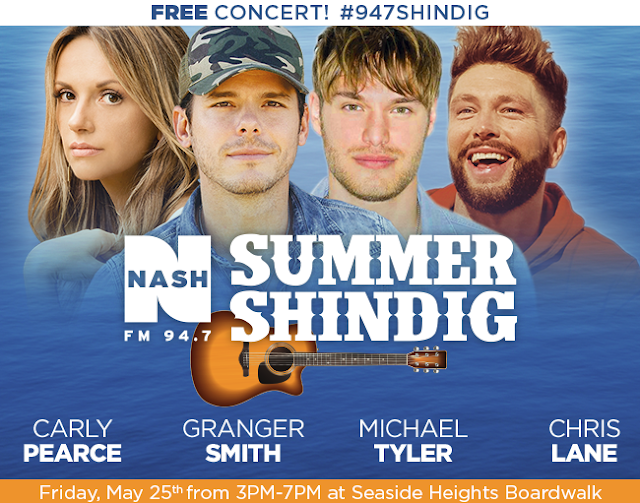 WCBS-FM’s Shannon in the Morning Summer Blast-Off is leaving Seaside Heights for Coney Island, but a nice dose of country music, courtesy of WNSH NASH 94.7-FM, is taking its place.

Plus you can sleep a little later, too. Granger Smith, Chris Lane, Carly Pearce and Michael Tyler will play for free in the NASH Summer Shindig on the Seaside Heights beach, 3 to 7 p.m., on Friday, May 25 as the station broadcasts live. Smith’s hits include “Backroad Song,” “If the Boot Fits,” and “Happens Like That.” 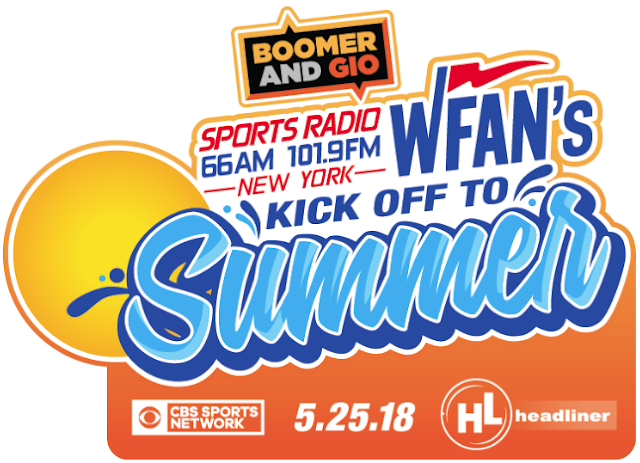 Boomer and Gio at the Headliner

It’s going to be a different look at the Headliner in Neptune this Memorial Day Weekend Friday.

The Boomer and Carton show is now Boomer and Gio as former co-host Craig Carton, who used to be one of the Jersey Guys on New Jersey 101.5 FM. was arrested in September after being accused of running a fake discount ticket scam. Gio is Gregg Giannotti, who’s known for his  impersonations of WFAN’s Joe Benigno and Mike Francesa.

Boomer, aka former Jets quarterback Boomer Esiason, and Gio will broadcast live 6 ot 10 a.m. from the Headliner. Mike DelGuidice & Big Shot will provide live music, which should include plenty of Billy Joel classics. DelGuidice is a member of Joel’s live band.
Posted 6:15:00 AM