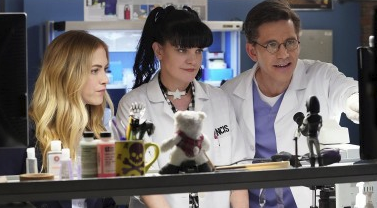 CBS is finishing another television season atop the television ratings, but the network had to sweat a little this time.

The traditional TV season that started in September ends on Wednesday, and CBS will win bragging rights for the 10th year in a row, reports the Associated Press citing Nielsen data.

CBS has won for 15 of the last 16 years, the only exception being Fox during the height of “American Idol.”

Nielsen says CBS averages 9 million viewers in prime-time this season. NBC is averaging 8.9 million, but there’s not enough time to catch up.

NBC made it particularly close this year because it televised both the Super Bowl and the Winter Olympics, which let the network dominate in February.

But CBS withstood it with the strength of its regular schedule.

Still, it’s NBC’s closest finish to CBS in 16 years. NBC won among viewers aged 18-to-49-years-old, the demographic its advertisers care most about, for the fourth time in five years.

ABC is averaging 6.1 million viewers this season, and Fox is at 4.9 million, Nielsen said. 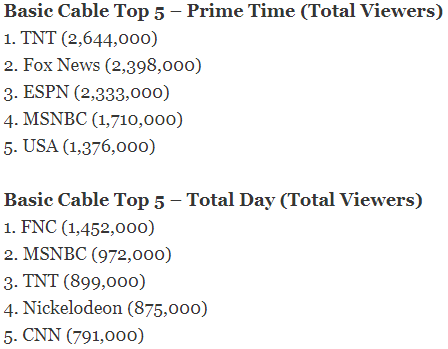 TNT was the week’s most popular cable network, averaging 3.06 million viewers in prime-time. Fox News Channel had 2.34 million, ESPN had 2.28 million, MSNBC had 1.67 million and USA had 1.39 million.


Basic Cable Ranker: Week of May 14 (Total Viewers) on Scribd


ABC’s “World News Tonight” topped the broadcast evening newscasts with an average of 8.2 million viewers. NBC’s “Nightly News” was second with 7.8 million and the “CBS Evening News” had 5.7 million viewers.
Posted 4:08:00 AM