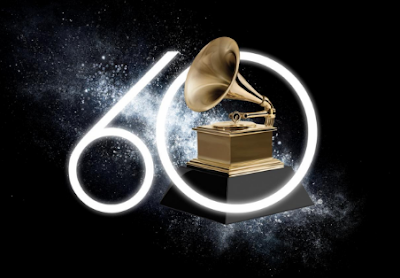 Westwood One is the official radio broadcast partner of the Recording Academy and Music’s Biggest Night, taking place at Madison Square Garden on January 28, 2018.  As a celebration of Music’s Biggest Night and the Recording Academy’s return to New York City for the 60th Annual GRAMMY Awards, Westwood One will produce a diverse menu of exclusive multi-format programming and a live musical performance series.

“Westwood One’s partnership with the Recording Academy and the GRAMMY Awards spans across two decades, and I could not be more excited to welcome the Recording Academy and the GRAMMYs 60th Anniversary Awards back to our hometown NYC,” said Suzanne Grimes, EVP Corporate Marketing, Cumulus Media and President, Westwood One.  “Our #1 goal is to engage and entertain our listeners across the country, so this year we created a month-long programming line-up that brings the GRAMMYs to life – everything from a chance to win a trip to NYC to attend the Awards, three format specific GRAMMY Nomination specials, red carpet reports from the hottest and most exclusive events, and for the first time this year, 10 live musical performances during the week leading up to Music’s Biggest Night®.”

"The Recording Academy is pleased to extend its partnership with Westwood One as the official radio broadcast partner of the 60th Annual GRAMMY Awards," said Evan Greene, Chief Marketing Officer at the Recording Academy. "Westwood One's dedicated efforts will provide fans various opportunities to engage with the GRAMMYs and play an important role in building excitement and anticipation for Music's Biggest Night."

The month-long celebration is dedicated to music fans and listeners across the country with a GRAMMY 60th Anniversary VIP sweepstakes, offering a trip to NYC and can’t-buy tickets to the 60th GRAMMY Awards.  Westwood One also will create a two-hour GRAMMYs 60th Anniversary Nomination Special and distribute the broadcast across three key music formats airing January 20 and 21st, each hosted by New York City on-air talent.  The Top 40/Rhythmic, Hot AC, and AC versions will be hosted by Jayde Donovan from Todd & Jayde Mornings on WPLJ-FM/New York and the Urban/Urban AC version will be hosted by La Loca from WNBM-FM/New York.

New to the programming line-up this year, Westwood One will bring the excitement of GRAMMY week to life for music fans and listeners with multiple daily special reports featuring exclusive artist interviews, the hottest red carpets, and the most exclusive parties and events, all to capture the buzz and excitement from around town while New York City prepares for Music’s Biggest Night®.

Finally, there will be a week-long series of musical performances and interviews, live from Hackensack Meridian Health Stage 17, in the heart of the action at Penn Plaza, next door to the world famous Madison Square Garden and home of the GRAMMYs 60th Anniversary Award Show. Pop station 95.5 WPLJ and New York’s only country station, NASH FM 94.7, will be hosting private performances all week by Bleachers, Marshmello, and this year’s GRAMMY-nominated artist Midland, just to name a few.  A complete list of performances will be announced shortly.