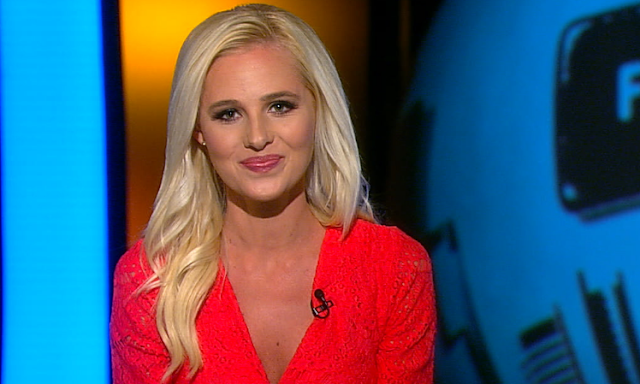 Tomi Lahren, a fiery, fast-talking rising star in conservative media, on Friday sued her employer and its founder, the right-wing media personality Glenn Beck, claiming they fired her to retaliate after she revealed her support for abortion rights. according to The NY Times.

With a flair for making inflammatory comments, Lahren has charted a steady rise in conservative media and gained more than 5 million followers on social media, where some of her video commentaries have been viewed millions of times. Her confrontational style and tendency to say shocking things — she claimed President Barack Obama cared more about appeasing Muslims than caring for fallen Marines — made her a star of conservative commentary.

But her remarks on “The View” did not sit well with executives at The Blaze — a website, TV station and subscription service — and its founder Beck. Her appearance on “The View” aired on a Friday, and on that Sunday, The Blaze said her nightly television show, “Tomi,” would be suspended.

The Blaze said in a statement on Friday that Ms. Lahren was still employed and questioned how she could sue for wrongful termination. A lawyer representing her said that she was still being paid but that The Blaze had told her she no longer had a job. They are asking in the lawsuit for The Blaze to allow her to pursue employment elsewhere.

Lahren alleges in her lawsuit, filed in Dallas County Civil Court, that the company’s human resources director told her a few days after the suspension that she was now terminated. Her corporate email was turned off, yellow caution tape was stretched over her office and she was urged to “go dark” on social media. In addition, the suit claims that Mr. Beck and others at The Blaze were trying to sabotage her reputation and career. They have “embarked on a public smear campaign,” it says.
Posted 5:51:00 AM