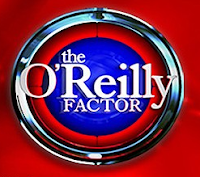 According to The Washington Post, big brand names like Eli Lilly, Mercedes-Benz and Allstate are among the companies seeking distance from O’Reilly in an unusually bold snub that could create financial woes for the conservative firebrand and his bosses.

In its statements about pulling its “O’Reilly Factor” advertising, Mercedes-Benz and Hyundai both called the allegations “disturbing.” Credit Karma used the word “concerning.” And many companies said they prioritized “diversity,” “a respectful and inclusive workplace environment” and only advertising on programs consistent with their “core values.”


But one company has publicly announced the opposite, reported CNN Money.

Angie’s List, the Indianapolis-based online community that functions like a high-end Yelp, has said it will not self-censor, but instead let its customers think for themselves.

“We do not have plans to change our ad buy,” the company said in a statement. “The advertising strategy we have long used at Angie’s List is meant to reach as many people as possible with news that our service exists and is available to them. We place ads across a wide spectrum of venues intending to reach as many viewers/listeners/readers as possible without taking a position on the viewpoints of the venues themselves.”

"Fox News appeared to have shortened the breaks," Stephen Battaglio writes in The LA Times , "most likely as a way to minimize the use of per inquiry ads that do not always have the same high production values of major national advertisers." Honda seems to be hanging in there in the auto category, and a few other household names included AMC, Crowne Plaza, Mattress Firm and Angie's List.

POLITICO's Cristiano Lima kept track so you didn't have to. The full roster is below: