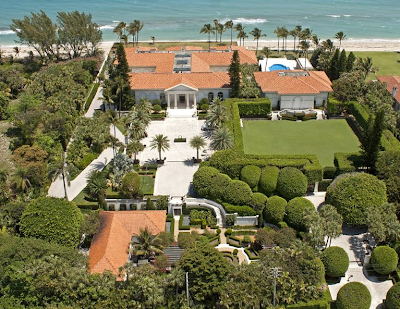 ’s Got Talent judge and radio talk personality Howard Stern is the likely buyer behind a $52 million private sale recorded Wednesday for an oceanfront house at according to the Palm Beach Daily News.  The property was sold by textile and apparel executive Martin Trust and his wife, Diane, according to sources familiar with the deal.

Stern, who hosts The Howard Stern Show on the Sirus Satellite Radio network, has reportedly been looking for a house in for weeks with his wife, Beth Ostrosky.

Stern, who has a home in , where he produces his radio show, adds his name to the list of media celebrities with homes in . Those include conservative talk show host Rush Limbaugh, whose home is near the northern tip of the island, and conservative firebrand Ann Coulter.

The sale marks the highest-dollar deal recorded this year in .

The deed listed the buyer as the Revocable Trust, for which attorney Ronald S. Kochman served as trustee. Kochman said he had no comment on the transaction. A representative for Stern could not be reached for comment.