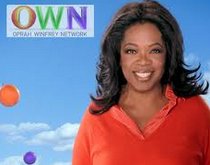 At precisely twelve o’clock on New Year’s Day, Oprah Winfrey welcomed television viewers to OWN, a cable channel that she says will espouse her “live your best life” mantra.

According to Brian Stelter's Media Decorder blog at nytimes.com, OWN, short for The Oprah Winfrey Network, flickered to life in about 85 million television households in the United States, replacing the Discovery Health Channel. It is the highest-profile new cable channel in over a decade, and it represents an enormous risk for Ms. Winfrey, who is ending her daytime talk show later in the year.

“Happy new year,” Ms. Winfrey said, “and welcome to OWN.”

“This, as you can imagine, is a very exciting day for me, kicking off the next chapter of my life with all of you,” she said in an introduction that she taped in Chicago in November. The introduction previewed some of OWN’s shows, like “Oprah Presents Master Class,” featuring the life lessons of celebrities; “In the Bedroom With Laura Berman,” about couples’ sex lives; and “Your OWN Show: Oprah’s Search for the Next TV Star,” a competition show.

The channel will essentially play a highlight reel this weekend in the hopes that viewers will come back for specific shows on a regular basis. The normal schedule will start on Jan. 3.