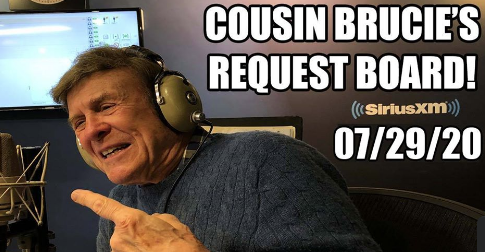 Cousin Bruce Morrow shocked his SiriusXM listeners Wednesday evening when he announced he it departing the 60s On 6 music channel concluding a 15-year run.

His last show will be this coming Saturday.

The 84-year-old radio legend noted he's not retiring and urged fans to follow his Facebook page for further news.

Morrow adopted the moniker “Cousin Brucie” in 1959, while working at WINS/New York. He left WINS for Miami radio in 1961 before returning to WABC/New York, where he broadcast for 13 years.

During his time at WABC, “Cousin Brucie” was known for hosting the famous Palisades Park rock concerts,. In August of 1965, he had the distinction of introducing the Beatles during their historic Shea Stadium concert.

Morrow moved to WNBC/New York, where he spent two years on radio and television before leaving the airwaves to concentrate on business ventures. In the 1980s, “Cousin Brucie” returned to radio, joining the staff of WCBS-FM/New York. From 1987 to 1993, Morrow was heard nationally on the weekly series, Cruisin' America. He currently hosts two weekly programs for WCBS, Cousin Brucie’s Yearbook and Cousin Brucie’s Saturday Night Oldies Party.

In 1994, he became the only on-air personality in New York with his own street, when Mayor Rudolph Giuliani proclaimed West 52nd Street “Cousin Brucie Way.”