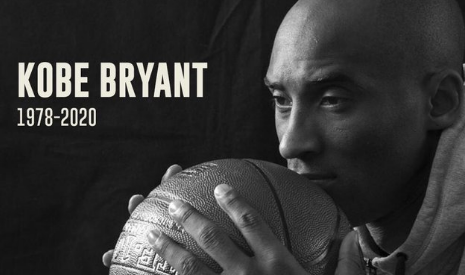 Kobe Bryant, the former Los Angeles Lakers superstar and one of the greatest players in National Basketball Association history, died in a helicopter crash on Sunday, NBA officials confirmed to league employees.

The Wall Street Journal reports Bryant, who famously commuted to Lakers games from his Orange County home by chopper, was one of five people aboard a Sikorsky S-76 helicopter that caught fire after crashing into the hills of Calabasas, Calif.

Gianna “Gigi” Bryant, his 13-year-old daughter, was also killed in the crash, according to an NBA memo to employees. Gigi Bryant was a budding basketball star herself, and her father often shared photos and videos of her with millions of followers on social media. He called her “Mambacita,” a nod to the nickname he once gave himself, “Black Mamba.”

Police have confirmed there were was total of 9 persons aboard the helicopter when it crashed in thick fog.

Kobe Bryant, a five-time NBA champion with the Los Angeles Lakers is considered one of the greatest basketball players of all-time.

The crash occurred shortly before 10 a.m. (local time) near Las Virgenes Road, south of Agoura Road, according to a watch commander for the Los Angeles County Sheriff’s Department. 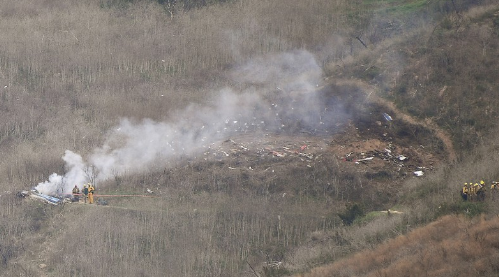 The crash ignited a brush fire and made it difficult for firefighters and emergency personnel to get to the aircraft, he said.

The fire was contained to the crash site, officials said. There were no homes in the area, and no roadways were impacted.

Bryant, the fourth-leading scorer in NBA history, retired in 2016 after spending 20 years with the Lakers. In addition to his five titles, he was selected to the all-star 18 times and earned an MVP award in 2008. He was a 12-time member of the all-defensive team and made the all-NBA team 15 times.