Buy A New iPhone11, Get Apple TV+ Free For A Year 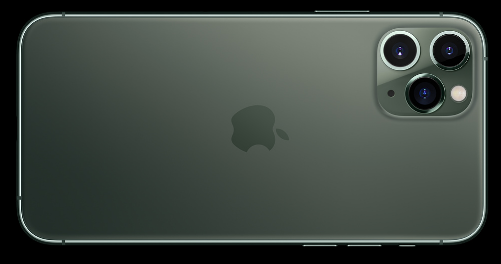 Apple Inc. revealed a trio of upgraded iPhones, including a lower-priced model, and detailed its plans to enter the increasingly competitive video-streaming market with an offering that is cheaper than rivals, reports The Wall Street Journal.

The announcements came Tuesday at Apple’s marquee product showcase, where this year the tech giant sought to balance its penchant for premium products with an emphasis on value. Apple is looking to offset slowing hardware sales by selling newer services, such as TV streaming, videogames and news—and it is being aggressive on pricing to gain a foothold in those cutthroat industries.

Apple set monthly prices for its TV+ video-streaming service and Arcade videogame-streaming service at $4.99, largely undercutting rivals. TV+ comes free for a year with the purchase of a new iPhone, iPad or Mac, a perk that could get more people to buy a new device or upgrade. Apple can afford to discount the services because of the profits it earns on hardware and its distribution edge over competitors, with more than 1.4 billion devices in use world-wide.

The company is making just a handful of shows available for the TV+ debut in November, so the service will be a tough sell against the deeper programming catalogs offered by streaming rivals Netflix Inc. and Walt Disney Co. But at $4.99 a month, TV+ is much cheaper than Netflix’s $12.99 monthly standard option and Disney’s $6.99 monthly fee for a service expected to arrive in November.


At Tuesday’s event—held in the Steve Jobs Theater, the on-campus auditorium named after Apple’s co-founder—Apple lavished much of its time on the flagship device that Mr. Jobs helped create a dozen years ago. The new but familiar-looking iPhones, now under the iPhone 11 brand, blended standard updates such as longer-lasting batteries and new colors with more innovative features such as a night mode for low-light photos and the ability to shoot video by holding down the camera button.

Apple lowered the price of its most popular model by $50, countering three consecutive years of price increases. The iPhone 11, a 6.1-inch device that updates last year’s XR model, will start at $699 and include a dual-rear camera. The iPhone 11 Pro and 11 Pro Max, with triple-rear cameras, play to the premium market with prices of $999 and $1,099.
Posted 2:11:00 AM