In 1868...Thomas Edison patents his 1st invention: electric voice machine. Edison was a prolific inventor, holding 1,093 US patents in his name.

In 1919...actress/voice actor Jean Vander Pyl was born in Philadelphia.  Her two main broadcast roles were as the wife Margaret in NBC Radio’s Father Knows Best, and as the voice of Wilma Flintstone in several cartoon series on TV.  She also provided the voice of Rosie the robot maid from the animated series The Jetsons,

Block created the aura of doing a “live” radio program, complete with performers (on records) like Harry James or Frank Sinatra, from the “Crystal Studios” at WNEW. Copycat versions of the ‘Ballroom’ featured Keith Sandy at CKEY in Toronto, and Al Jarvis at KHJ Los Angeles.

In 1935, while listeners to New York's WNEW in New York (now information outlet WBBR) were awaiting developments in the Lindbergh kidnapping, Block built his audience by playing records between the Lindbergh news bulletins. This led to his Make Believe Ballroom, which began February 3, 1935 creating the illusion that he was broadcasting from a ballroom with the nation’s top dance bands performing live. He bought some records from a local music shop for the program as the radio station had none. Block purchased five Clyde McCoy records, selecting his "Sugar Blues" for the radio show's initial theme song.

Because Block was told by the station's sales staff that nobody would sponsor a radio show playing music, he had to find himself a sponsor. Block lined up a producer of reducing pills called "Retardo"; within a week, the sponsor had over 3,000 responses to the ads on Block's radio show. Martin Block's style of announcing was considerably different than the usual manner of delivery at the time. Instead of speaking in a voice loud enough to be heard in a theater, Block spoke in a normal voice, as if he was having a one-on-one conversation with a listener.


In 1948...one of radio’s last premiering soap operas, “The Brighter Day”, took to the air for the first time on NBC. It’s interesting to take a look at the cast and see which names are still recognizable, like Hal Holbrook and William Redfield.  After six years on radio “Day” moved to TV.


In 1960...Radio/TV exececutive John Fetzer purchased a controlling interest in the Detroit Tigers.


In 1986...The Hot 100..Janet Jackson reached #1 for the first time of her career with "When I Think of You".  Canada's Glass Tiger moved to #2 with "Don't Forget Me (When I'm Gone)" and Stacey Q unbelievably reached #3 with "Two of Hearts".  Genesis moved from 7 to 4 with their great song "Throwing It All Away" and Tina Turner continued her comeback with "Typical Male".

The rest of the Top 10:  Huey Lewis & the News slipped with their former #1 "Stuck With You", Don Johnson moved into the Top 10 with "Heartbeat", Gloria Loring & Carl Anderson fell with "Friends And Lovers", Cyndi Lauper's "True Colors" moved from 14 to 9 and Daryl Hall's solo hit "Dreamtime" was #10.


In 1976...the No. 1 Billboard Pop Hit was “Disco Duck (Part 1),” by Rick Dees & His Cast of Idiots. A morning DJ at Memphis radio station WMPS, Dees got fired when he mentioned his novelty song on the air. 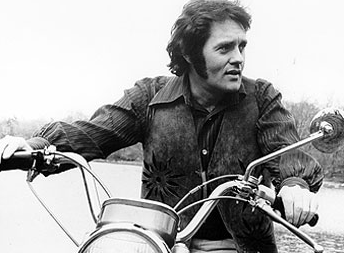 .
Sebastian Stone on WOR-FM in New York City. Stone was known as Johnny Holiday at KCBQ/San Diego in 1959, as Johnny Mitchell at KHJ in 1965 and Sebastian Stone at KFRC/San Francisco in 1967.  One of his goofy stunts early in his career was setting a world record of 195 "stay-awake" hours while on WYDE-Birmingham. In Billboard's 1966 polling of djs, Johnny was one of the leading early evening Top 40 personalities. 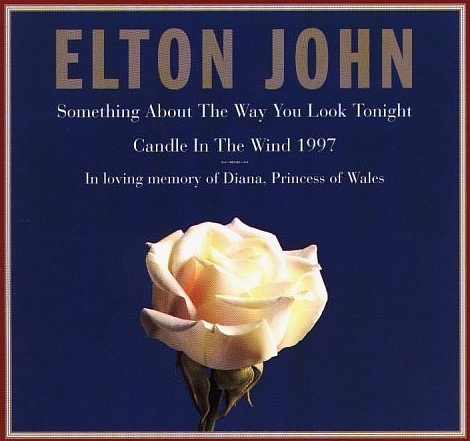 The rest of the Top 10:  Mariah Carey's "Honey", the Backstreet Boys and "Quit Playing Games (With My Heart)", newcomers Third Eye Blind remained the same with "Semi-Charmed Life", the Notorious B.I.G. with Puff Daddy & Mase with "Mo Money Mo Problems", Jewel was up with "Foolish Games"/"You Were Meant for Me" and the Spice Girls dropped with "2 Become 1". 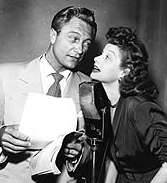 In 1998...actor Richard Denning, who starred in Mr. & Mrs. North on radio & TV, who had the title role opposite Lucille Ball (right) on radio’s My Favorite Husband, and played the Governor on TV’s original Hawaii 5-0, died following cardiac arrest at age 84.