A media watchdog group has filed a complaint with the FCC over a Long Island radio station’s hoax involving an invitation from two gay dads to their daughter’s seventh birthday party, according to 1010 WINS.

Last week, Steve Harper and Leeana Karlson, the hosts of WKJY 98.3 FM K-98.3′s morning show, posted to Facebook the invitation along with a bogus response from another parent, which read in part, “I do not believe in what you do and will not subject my innocent son to your ‘lifestyle.’” 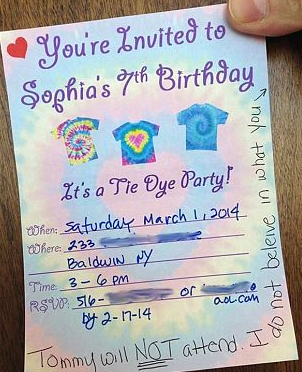 Listeners were not told it was a complete fabrication. The hosts later admitted they made up the story and said they were “attempting to spur a healthy discourse on a highly passionate topic.” 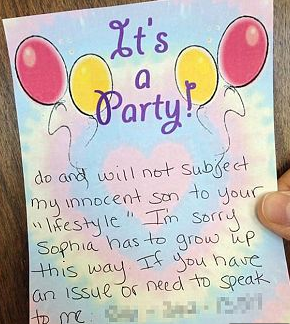 Harper and Karlson have been suspended for a week, and the station posted an apology on its Facebook page.


Citing “grossly irresponsible” use of public airwaves, the Fair Media Council, which says it advocates for “quality local news as vital to the health and well being of the community,” filed a complaint against the station, whose call letters are WKJY, with the Federal Communications Commission.

The FMC also issued complaints with the station’s parent company, Connoisseur Media, and WKJY’s general manager, and called for the morning show hosts to be fired.

K-98.3 claims it quickly responded to the complaint with a statement to the media, saying the company immediately investigated and took “substantial” action by suspending Harper and Karlson.

“We acted immediately in a forthright, transparent and ethical manner,” said spokeswoman Alissa Marti.
Posted 5:51:00 AM