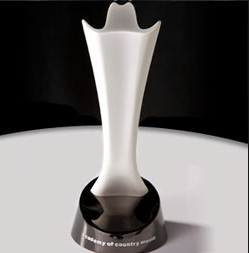 The Academy of Country Music announced today the full list of radio award winners that will not be televised due to time constraints during the live telecast of the 49th Annual Academy of Country Music Awards co-hosted by Blake Shelton and Luke Bryan, from the MGM Grand Garden Arena in Las Vegas Sunday, April 6, 2014 at 8:00 PM live ET/delayed PT on the CBS Television Network.

This is the first ACM National On-Air Personality of the Year Award win for Bobby Bones,Amy, and Lunchbox of The Bobby Bones Show, and third win for Lon Helton of Country Countdown USA.  Helton previously won this award in 2011 and 2008.

Winners in radio categories will be invited to receive their awards at a private reception in Las Vegas on Saturday, April 5, the day prior to the 49th Annual Academy of Country Music Awards.