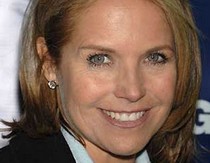 CBS has asked Katie Couric to stay on as anchor after her lucrative contract expires at the end of May, a source familiar with the situation tells Howard Kurtz at The Daily Beast.

While negotiations have not yet started and a deal might fail to materialize, this is the first concrete indication that Les Moonves, the company’s chief executive, has made a decision on extending her deal.

That word comes amid a management shakeup in which Jeff Fager, the 60 Minutes executive producer, takes over CBS News from Sean McManus, the man who helped lure Couric from NBC’s Today show five years ago.

If Couric and the network reach agreement, it will be for an annual salary significantly lower than the $15 million in her original deal. And the source says the new contract would be for a shorter period, running through the 2012 elections, which would essentially buy time for both sides to pursue other options.