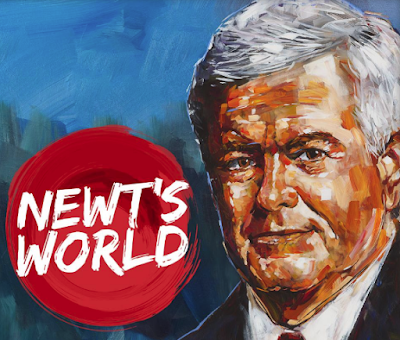 Westwood One and Newt Gingrich, historian, futurist, and former Speaker of the U.S. House of Representatives, have partnered to create Newt’s World, a weekly, original podcast for independent thinkers.

Launching on Sunday, February 17, this show will offer stories, conversations, and context on a different topic each week, from history to health, national security to science, and much more. It will be promoted across the entire Westwood One platform and Newt’s enormous following of influencers and fans.

Newt’s World isn’t a podcast about politics; it’s a show that explores the past, present, and future to help listeners contextualize current events and important discoveries across all aspects of our society. The inaugural episode of Newt’s World features the father of our country, the man who led the first Americans to freedom, George Washington.

The second episode, also launching on February 17, will describe what people are calling the largest U.S. House cover-up in history. Other soon-to–be-released episodes include, “Sally Can See – How Gene Therapy is Curing Childhood Blindness” and “5G – The Next Industrial Revolution.” Future episodes will explore the perils of opioid addiction, great leaders in history, advancements in organ transplantation, the nuances of spycraft, and many other interesting topics.

Newt Gingrich said, “I spend most of my time doing two things: learning and teaching. I’m looking forward to bringing others on the journey with me to fully explore fascinating topics together. Some weeks we’ll be talking about history, some weeks we’ll learn about the future, and others we’ll look at what is happening right now in culture, science, and events. We live in an amazing world, and there’s an enormous amount to learn and share.”

“Newt is a passionate intellectual with a gift for teaching,” said Suzanne Grimes, EVP, Marketing for Cumulus Media and President, Westwood One. “In his new podcast, Newt shares his lifetime of knowledge and access to the world’s most interesting minds and brands to uncover new perspectives and insight into our world today.”
Posted 4:41:00 AM