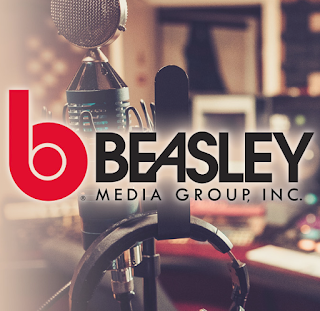 As previously reported, on May 1, 2017, the Company completed the sale of six stations in Greenville-New Bern-Jacksonville, and on December 19, 2017, Beasley completed an asset exchange transaction whereby the Company exchanged its Boston adult contemporary station WMJX-FM and $12.0 million for Boston’s sports station WBZ-FM. On September 27, 2018, Beasley completed the acquisition of WXTU-FM in Philadelphia from Entercom Communications Corp. for $38.0 million. Prior to the acquisition closing, on July 23, 2018, the Company began operating WXTU-FM under a local marketing agreement (“LMA”). During the term of the LMA, the Company included net revenues and station operating expenses, including the associated LMA fee from operating WXTU-FM, in its consolidated financial statements.

The $17.0 million, or 29.1%, year-over-year increase in net revenue during the three months ended December 31, 2018, reflects year-over-year revenue increases at ten of the Company’s thirteen market clusters compared to the same period of 2017 and the inclusion of WBZ-FM Boston and WXTU-FM Philadelphia, partially offset by the disposition of WMJX-FM Boston.

The decline in 2018 fourth quarter net income primarily reflects the lower operating income during the period and a $62.2 million year-over-year net increase in income tax expense as the Company recorded a $59.7 million deferred income tax benefit in the 2017 fourth quarter due to a reduction in the federal tax rate following the enactment of the Tax Cuts and Jobs Act and a revaluation of deferred tax assets and liabilities using the new rate.  As a result, net income for the 2018 fourth quarter was $2.1 million, or $0.08 per diluted share.

Commenting on the financial results, Caroline Beasley, Chief Executive Officer, said, “Our record 2018 fourth quarter and full year revenue and strong operating results, despite the benefit of non-cash transaction related and tax items in the 2017 period, highlight the value being created as we execute strategies to expand our scale, diversify our revenue mix and leverage the value of our local brands in our core and ancillary verticals.  Actual fourth quarter revenue rose by 29.1% on a year-over-year basis driven by net revenue increases at ten of our clusters, recent acquisitions and station swaps and approximately $3.9 million of fourth quarter gross political revenue.  While we remain focused on diversifying our operating base, our fourth quarter pro-forma revenue rose an impressive 9.9%. Fourth quarter net income declined from 2017 levels solely because of gains and tax benefits in the year-ago period that did not recur in the 2018 fourth quarter.

“Throughout 2018, we continued to execute on our integration strategy focused on premium local programming to support our goals of ratings and market leadership at acquired stations, while remaining opportunistic in further building our scale and revenue diversification to drive growth and SOI margin expansion. Our strong free cash growth has enabled us to complete strategic investments in our broadcast, digital, technology and other platforms, reduce leverage and pay cash dividends to shareholders. During the year, we completed the strategically complementary and accretive acquisition of WXTU-FM which has significantly strengthened our competitive position and revenue share in the Philadelphia market. We also completed several smaller acquisitions including a Tampa-based event company and a nationally syndicated esports show and podcast in separate transactions that were funded with cash on hand.
Posted 10:58:00 AM