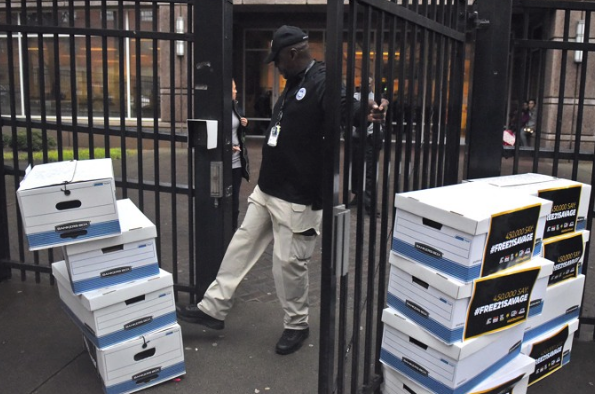 Rapper 21 Savage was granted a $100,000 bond during a closed hearing in Atlanta on Tuesday and will be released from immigration detention Wednesday, according to to ajc.com.

The rapper, whose real name is She’yaa Bin Abraham-Joseph, was taken into custody earlier this month. Federal immigration officials say he’s a U.K. citizen who overstayed his visa.

“He won his freedom,” his attorneys declared in a statement. “21 Savage asked us to send a special message to his fans and supporters — he says that while he wasn’t present at the Grammy Awards, he was there in spirit and is grateful for the support from around the world and is, more than ever, ready to be with his loved ones and continue making music that brings people together.”

U.S. Immigration and Customs Enforcement opposed 21 Savage’s release, according to Charles Kuck, one of the rapper’s attorneys. An ICE spokesman declined to comment on the case. But he issued a statement in response to a group of the musician’s supporters who demonstrated outside of the Immigration Court as the hearing took place. They called for his release and advocated for ICE’s abolition.

Atlanta Immigration Judge J. Dan Pelletier closed Tuesday’s hearing at the request of ICE and 21 Savage because the rapper is applying for a visa that allows crime victims to remain legally in the U.S., according to Kuck, who declined to elaborate. Meanwhile, the deportation case is still pending and may not be resolved for a couple of years, Kuck added, so he will seek a federal work permit in the meantime. 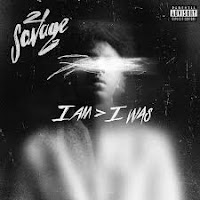 21 Savage — who has been held in the Irwin County Detention Center in South Georgia — appeared at the hearing in Atlanta on Tuesday wearing an orange detention center uniform. His wife and mother also attended.

“Judge Pelletier was gracious and, after hearing testimony and arguments from both sides, he weighed the factors and determined my client is not a flight risk or a danger to our community, like we have been saying for nine days,” Kuck said.

Outside the court building, a group of more than a dozen demonstrators unfurled a large pink banner that said “Abolish ICE,” while announcing they had gathered 450,000 petition signatures demanding 21 Savage’s freedom.