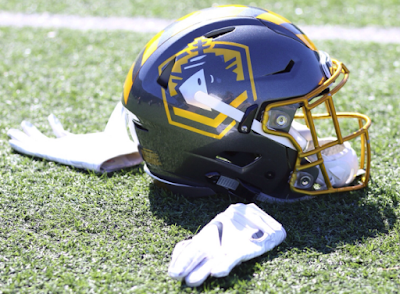 The San Diego Fleet and iHeartMedia San Diego have announced a broadcast partnership, with undisclosed terms, that establishes KLSD XTRA 1360 Fox Sports San Diego as the flagship radio station for the inaugural 2019 season of The Alliance of American Football. In addition, the Fleet revealed its broadcast team of play-by-play announcer Jon Schaeffer and color analyst Rich Ohrnberger.

All 10 regular season Fleet games will be broadcast live in their entirety by iHeartMedia San Diego and nationwide on iHeartRadio, a live streaming radio service. The broadcasts will include extensive pregame, halftime and postgame coverage. XTRA 1360 AM will be the primary home for Fleet football, carrying seven regular season games, while KOGO 600 AM will air the other three games.

“We are thrilled that iHeartMedia has come aboard as the Official Radio Partner of the San Diego Fleet,” said Fleet President Jeff Garner. “With XTRA 1360 being the Home of Football in the market, the affiliation was a natural fit for the Fleet, our broadcast partner and our fans. Together, we are excited to bring The Alliance to San Diego sports fans in just two days.”

Color analyst Rich Ohrnberger brings a wealth of both broadcasting and playing experience to the Fleet radio team. Ohrnberger is currently the co-host of both Mark & Rich – which airs weekdays on XTRA 1360 Fox Sports San Diego – and Red Zone Radio Sundays on national Fox Sports Radio. The 32-year-old also serves as color analyst for San Diego State University football (2017-present) as well as for NFL and college football on NBC 7 San Diego. Selected by New England in the 2009 draft, Ohrnberger enjoyed a six-year NFL playing career as an offensive lineman for the Patriots, Arizona Cardinals and San Diego Chargers and was a participant in Super Bowl XLVI.
Posted 1:18:00 AM