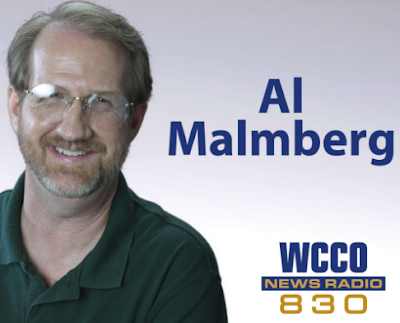 Entersom's WCCO 830 AM has canceled "The Al Malmberg Show." It's not the first time. The talk-show host was first let go in 2008, then rehired in November 2013 to do an evening show from his barn in Colorado.

On Tuesday, Malmberg was told his show would no longer air; station management has declined to comment on the reason or what its long-range plans are to run starting at 9 p.m. weekdays, reports The Star-Tribune.

"I absolutely love 'CCO and the 17 years I spent there," Malmberg said Friday morning. "It was great when they asked me to come back and they made it so easy for me to do from Colorado where I could spend time with my grandkids. Sometimes on the air, you could even hear the coyotes in the background. It was the best of both worlds."

Malmberg, 68, said he hasn't decided whether to look for another radio gig or retire.
Posted 5:21:00 AM