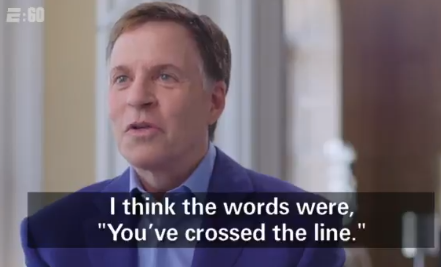 Earlier this year—after 40 years of sports broadcasts, Olympics coverage, veteran sports commentator Bob Costas announced that he was stepping down from his post at NBC Sports.

Now, reports AVNews.com, Costas talks publicly with ESPN's Outside the Lines about one of the most controversial moments of the latter portion of his career: Getting unofficially fired from the network’s 2018 Super Bowl coverage, specifically for bringing up the concussion crisis that’s been quietly endangering the brains of NFL players for years.

However, just a few days before the game was set to be played, the network quietly replaced him with fellow anchor Liam McHugh.

At the time, Costas played his replacement off as a case of schedules meshing and professional courtesy, but even back then, people speculated that it had a lot more to do with comments he’d made about the “declining” state of modern football the year before.

In a conversation at the University Of Maryland, he’d told a crowd of people that he’d never let his kids play a sport that’s been repeatedly linked to traumatic brain injuries in the people who play it. Or, to put it more bluntly (as he did): “The reality is that this game destroys people’s brains.”

For the first time, Bob Costas tells @OTLonESPN the story of how he went from broadcasting icon to being dropped from covering his final Super Bowl. https://t.co/Zb9RkWG0pM pic.twitter.com/JxgyC6Asdo
— ESPN (@espn) February 10, 2019