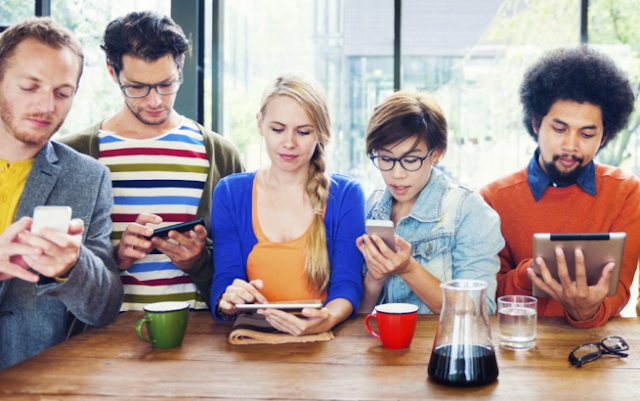 The recent announcement by Walmart that the retailer will close over 100 stores is a fair gauge of the state of American retail.

Sales and earnings are down, but costs for labor are climbing. Macy's, Nordstrom, and Sears are all limping along, according to Business Insider.

This downturn hasn't been lost on Starbucks CEO Howard Schultz. In a quarterly-earnings call on Friday, Schultz laid out his thoughts on the current and future prospects for retail business.

"I think we said three years ago publicly that we began to envision that there would be a seismic change in consumer behavior, and that seismic change was due in large part to e-commerce and smartphone shopping," said Schultz.

The threat is a growing one, since young people are starting to earn and spend more. The issue is that they're spending more online.

This is in stark contrast to Simon Property Group CEO David Simon, whose company owns 109 malls and 68 outlet centers around the US. According to Simon's comments on an earnings call in October, he expects in-person retailers to be relevant for future generations.

"Again, I think the millennials offer great opportunity for us," said Simon. "They're comfortable with the mall environment. And as their income grows and as they aged and have kids, I think they'll be loyal mall shoppers, especially given the environment we're creating."

But many studies have shown that millennials are doing a significant amount of shopping online, and younger teens, or Generation Z, are even more predisposed to e-commerce.

While Simon may not be worried, Schultz said that his company has taken drastic steps to get out in front of the change. Starbucks has invested in a strong mobile app and website to make online ordering easier.
Posted 3:24:00 AM