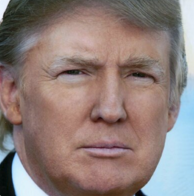 Donald Trump has made good on his threat to schedule his own event at the same time as Thursday's GOP presidential debate on Fox News.

The Republican front-runner, who said Tuesday he would skip the debate over a feud with the network, sent out special invitations Wednesday afternoon to a Donald J. Trump Special Event to Benefit Veterans Organizations. The event will be held at 9 p.m. EST at Drake University in Des Moines at the same time his rivals will take the main debate stage just three miles away.

The real estate mogul's campaign said Tuesday he would sit out the debate due to concerns about “bias” from Fox News anchor and debate moderator Megyn Kelly.

But, according to The Hill, Trump blamed a statement the network issued for his choice not to participate, insisting it wasn't the Kelly feud.


It was the childishly written & taunting PR statement by Fox that made me not do the debate, more so than lightweight reporter, @megynkelly.
— Donald J. Trump (@realDonaldTrump) January 27, 2016


At a pre-rally press conference Tuesday, Trump told reporters he planned to organize a charity event for the Wounded Warrior Project to help injured war veterans, but it remained unclear if the organization was involved in the special event unveiled Wednesday.

Trump campaign manager Corey Lewandowski said on Laura Ingraham's radio program that the event would be used to raise funds for multiple veterans organizations.
Posted 4:29:00 AM