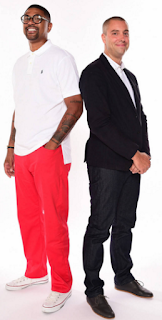 The show will air late night, Monday – Friday, on ESPN2.

Jalen & Jacoby, hosted by ESPN NBA analyst Jalen Rose and writer, podcaster and senior producer David Jacoby, launched as a national ESPN Radio show in September 2015 after premiering as a podcast in 2011.

The two-hour radio show is broadcast out of ESPN’s Los Angeles Production Center and highlights the chemistry between Rose and Jacoby as they break down the latest news in sports and pop culture with humor, intelligence and perspective that only a former NBA star and long-time ESPN producer can provide.