In a report issued today, Nielsen shows figures which supports  the reason why Christmas Music Programmers are grinning. 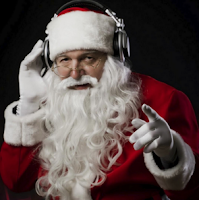 According to Nielsen, with each passing year, the buildup to and payoff from switching to an “all-Christmas” format continues to pay dividends. In 2015, 528 radio stations nationwide adopted a holiday programming format, which was just one station shy of 2014’s record of 529 stations. Either way you slice it, “all-Christmas” radio is a big deal on the airwaves, and the holiday book results prove that out.

After showing signs of growth in the December ratings, which covered Nov. 5, 2015, through Dec. 2, 2015, Adult Contemporary (AC) shot to new heights in the holiday book, posting new records in several demographics and finishing as the top-ranked format nationwide. This is the second year in a row that AC has increased its share of listening during the holiday survey; what’s more, among Millennial audiences (aged 18-34), the year-over-year results jumped by more than a full share point between 2014 and 2015.

Other takeaways from the Nielsen report: 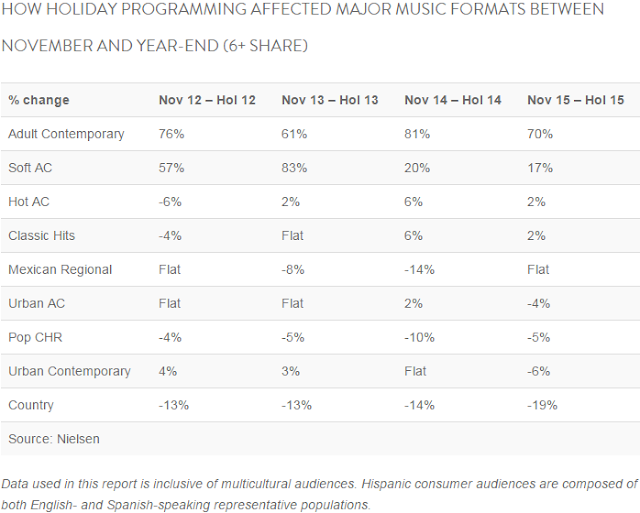