R.I.P.: "The Voice of Rochester" Harley Flathers Was 84 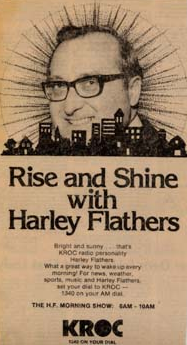 Described as one of the hardest working people in the radio business, Harley began his career at a radio station in Red Wing before making his move to KROC 1340 AM in September of 1957. He brought his humor and passion to the homes of Rochester through KROC for about 23 years.

During his time at the station, he conducted countless interviews, including with performers Jack Benny in 1962 and Louis Armstrong in 1964.

Among numerous other awards, his accomplishments in radio were recognized by the Pavek Museum when he was inducted into the Minnesota Broadcasting Hall of Fame in 2002.

According to KAAL-TV6, apart from his radio career, Harley was an active member of the Rochester community. KROC Operations Manager Brent Ackerman says he was always involved with Country Breakfast on the Farm with Rochester Fest, and was always out at the Olmsted County Fair.