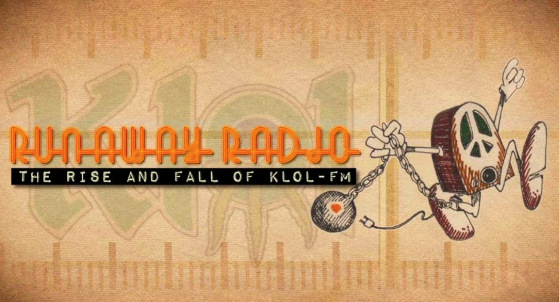 "The reception for the trailer has been incredible," said McGuff.  "I can't wait to unleash the final film on the world in 2020, just in time for the 50th anniversary of when KLOL signed on the air. It has been a labor of love for me since I grew up listening to Rock 101."

The independent documentary, tentatively called "Runaway Radio: The Rise and Fall of KLOL-FM," covers the wild 34 (1970 to 2004) years of one of the country's greatest Album Oriented Rock (AOR) stations. The film explores the many on-air personalities and behind the scenes players that made the station so popular. From the crazy station promotions, the music and the radio wars the family-owned station had with the likes of ABC's 97 Rock KSRR.

"If any Houston radio station deserves its own documentary, it is KLOL," said former KLOL DJ and Texas Radio Hall of Famer Dayna Steele.  "I have seen the film and it brought tears to my eyes because I was taken back to that special time that couldn't happen again."

"Getting to work at KLOL wasn't just an awesome radio opportunity, to work at this legendary station with its incredible portfolio of talent, but as a Native Houstonian to work at the radio station that I grew up with was a dream come true," said Texas Radio Hall of Famer and former KLOL DJ 'Outlaw Dave' Andrews. "The response from the fans, not only on social media, but in public, coming up and talking about the excitement building for the documentary further validates my sense of how important this radio station was to this community." 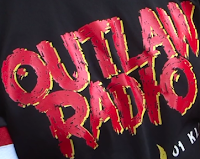 "The KLOL documentary shows the rest of the world why this station is still talked about to this day. It will be the last word on a Houston media legend," said Texas Radio Hall of Famer and founding KLOL father Pat Fant. "We didn't just play the music, we were a part of it.  Our promotions became spectacles.  Our on-air personalities were the host presenters of the non-stop performance that was KLOL.  This is why KLOL continues to enjoy the kind of profile that only a handful of rock radio stations would ever really achieve."

Fant now runs RFC Media which specializes in digital radio stations for brands.  He is also launching a new podcast called Uncle Otis, but he never forgets where he started as a 21 year old in 1970 when the station signed on the air.

"We didn't just play the music, we were a part of it," Fant added.  "Our promotions became spectacles.  Our on-air personalities were the host presenters of the non-stop performance that was KLOL.  This is why KLOL continues to enjoy the kind of profile that only a handful of rock radio stations would ever really achieve."

"I never take for granted that I was part of something unique, something memorable, something weirdly magical," Steele added. "To this day, KLOL fans come up to me all over the world. My voice is the secret handshake that bonds us forever. As are many of the past KLOL voices."
Posted 1:11:00 AM