Terms of the sale have not been disclosed, while Alpha says a definitive sales contract hasn’t yet been signed and is subject to satisfying any conditions contained in those agreements. 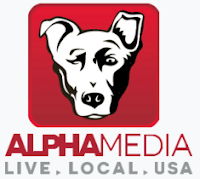 Alpha employs roughly 105 people there, including fulltime and parttime employees. The company has had a presence there since February, 2016 when it acquired the stations from Digity LLC.

The exit from West Palm Beach leaves Alpha with 213 stations in 46 markets in the U.S. The company said it had been selling off certain assets to lower its debt leverage.

During the past two months Alpha has sold its six-station cluster in Bluefield, WV to First Media Services for $1.825 million. That followed a deal Alpha signed in early August to sell a trio of stations in an unrated part of west-central Missouri for $250,000.

For Hubbard Broadcasting, the acquisition would give it an eighth market. Speaking at the Radio Show on Wednesday before the Alpha deal was made public, Hubbard CEO Ginny Morris said her company was under no pressure to grow. “We have a mantra that we only get bigger if we get better,” she said.

InsideRadio reports Morris acknowledged that as a company with the cash reserves to potentially grow its market map, she spends a fair amount of time considering the options. “We look at radio stations every week,” she said. And while she said their preference is typically on expanding in cities where Hubbard already owns stations, the deal with Alpha shows if the right situation presents itself that rule can be broken.
Posted 4:55:00 AM