Marty Balin, a founder, lead singer and songwriter of the groundbreaking San Francisco psychedelic band Jefferson Airplane and a key member of that band’s 1970s successor, Jefferson Starship, died Thursday in Tampa, Fla., where he lived.

He was 76, according to The NYTimes.

His death was announced by his wife, Susan Joy Balin. A representative, Ryan Romanesco, said Mr. Balin had died en route to a hospital. No cause of death was immediately available.

Mr. Balin was a prime mover in the flowering of psychedelic rock in mid-1960s San Francisco, not only as a founding member of Jefferson Airplane in 1965, but also as an original owner of the Matrix, a club that opened that year and nurtured bands and artists like the Grateful Dead, Big Brother and the Holding Company, Santana and Steppenwolf. 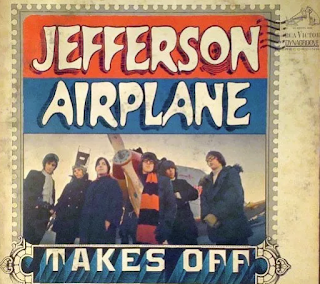 Jefferson Airplane would earn its place in the Rock & Roll Hall of Fame with music that was the epitome of 1960s psychedelia: a molten, improvisatory mixture of folk, rock, blues, jazz, R&B, ragas and more, sometimes adopting pop-song structures and sometimes exploding them. The songs were about love, freedom, altered perception, rebellion and possibilities that could be transcendent or apocalyptic.

The Airplane was a staple at the Fillmore in San Francisco and the Fillmore East in New York City, and it performed at 1960s milestones including Monterey Pop in 1967 and both the Woodstock and Altamont festivals in 1969.

When Jefferson Airplane reformed as Jefferson Starship in 1974, Balin became a member of that group, and sang such hits as “Miracles,” “With Your Love” and “Count On Me.”  He left the band in 1978 and in 1981, he released his first solo album, Balin, which featured the smash hit “Hearts.”

Balin continued to release solo albums throughout his life.  Meanwhile, in 1985, he, Kantner and Jefferson Airplane bassist Jack Casady formed the KBC Band.  In 1989, he participated in a reunion album and tour with the Airplane.  After that, he joined Kantner’s reunited Jefferson Starship in the early ’90s, playing with them through 2003.  He continued to join them in concert off and on through 2008.