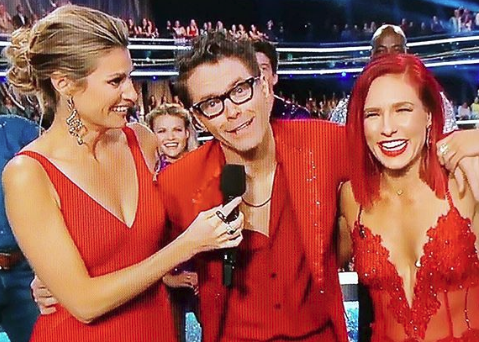 Bones’s enthusiastic execution of the dance – and an over-the-top un-choreographed victory lap – captivated and amused the judges, according to The Tennessean.

“The only thing I have to say decaf,” quipped host Tom Bergeron.

Dressed head-to-toe in his signature red, a winded Bones shot back: “This is the greatest night of my life.”

Judge Carrie Ann Inaba said the dance was “rough around the edges,” but she “loved every minute of it.”

“If you want to see someone come out and attack a dance, that’s it,” judge Len Goodman said.

Burgess and Bones, who call themselves Team Beauty and the Geek, earned a total of 20 points for their jive.


“I’ve never had so much fun in my life,” Bones said while he was waiting on his scores. “People like me from a small town of 700 people, we don’t get to be on ‘Dancing with the Stars.’ I’m trying to represent everybody like that.”
Posted 3:11:00 AM