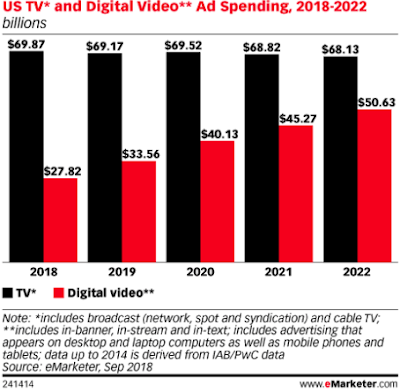 With the 2018 midterm elections tightening up, political advertising dollars are flowing to publishers at higher rates than had been expected earlier this year, reports eMarketer.

Also on Monday, media research company PQ Media said it had revised its political media spending estimate for 2018 to $6.755 billion, up from the $6.575 billion it estimated in July. (PQ Media's spending estimates include not only ad spending but activities such as direct mail, telemarketing and market research.)

In a post on the Radio Advertising Bureau's "Radio Matters" blog, PQ Media said that 46.4% of political media spending will go to broadcast TV this year. Direct mail will be the second highest category, at 21.4%, followed by radio (7.4%) and cable TV (7.0%)

eMarketer, too, sees active political ad spending helping broadcasters. According to our latest estimates, total TV ad spending in the US will reach $69.87 billion this year. While that is off 0.5% from 2017, it's a milder decline than the 1.5% decrease registered last year.
Posted 3:36:00 AM