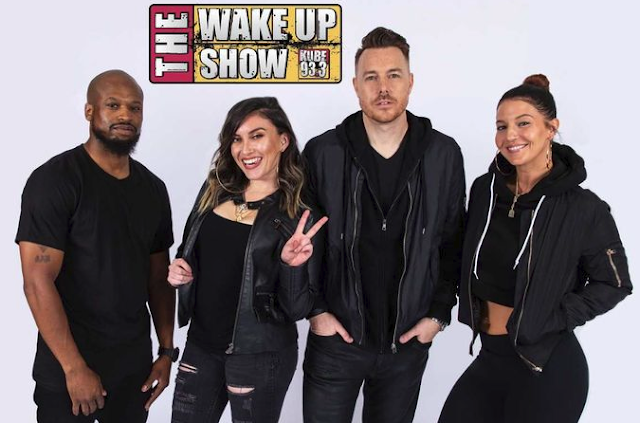 “I’m thrilled to join KUBE 93.3. As a redhead from Northern California, it’s going to be nice not to have to worry about getting sunburnt for once,” said Strawberry. “As a hip-hop fan, I can’t believe someone is actually handing me the keys to this legendary station. This is truly an opportunity of a lifetime, now watch us work.”

“It’s a dream come true to get the opportunity to be a part of an amazing team on a legendary station like KUBE,” said Lizette Love. “I’m super excited to join Strawberry, my new cool girl Jenna, and the wickedly talented Supa Sam to help wake this town up.”

“In the few months since the re-launch, Seattle listeners have responded passionately to the return of KUBE and we’re creating noise on-air, online, and on the streets,” said Mark Adams, Program Director for KUBE 93.3. “With the addition of these personalities to anchor our mornings, I’m confident The Wake Up Show is going to shake things up.”

Strawberry makes the move to the Pacific Northwest from KMVQ in San Francisco, California and has previously anchored mornings both at iHeartMedia’s San Francisco’s Wild 94.9 and KALV in Phoenix, Arizona. Lizette Love joins the KUBE team from iHeartMedia Nashville, where she was midday host and music director for 101.1 The Beat. Her previous stops include iHeartMedia Monterey’s 102.5 KDON and iHeartMedia Ft. Myer’s 105.5 The Beat. Jenna takes on the dual role as on-air personality and morning show producer, after having most recently produced the Marcus & Sandy Morning Show for Star 101.3 as well as on-air personality for 106.1 KMEL. DJ Supa Sam is a Seattle mix show legend and doubles his morning show duties as the official in-stadium DJ for the Seattle Seahawks.
Posted 3:16:00 AM