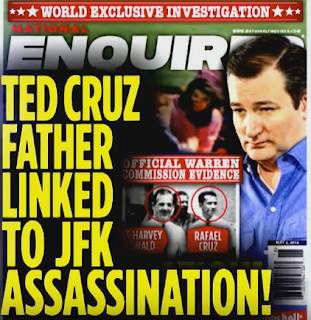 Former Republican presidential hopeful Ted Cruz lashed out at rival candidate Donald Trump on the day of Indiana's primary on Tuesday, calling him a pathological liar, narcissist and bully after the front-runner linked Cruz's father to John F. Kennedy's assassin.

"I'm going to tell you what I really think of Donald Trump. This man is a pathological liar. He doesn't know the difference between truth and lies," Cruz told reporters in a scathing indictment.

"He lies practically every word that comes out of his mouth. And...his response is to accuse everybody else of lying."

"You know, his father was with Lee Harvey Oswald prior to Oswald’s being — you know, shot. I mean, the whole thing is ridiculous. What is this, right prior to his being shot, and nobody brings it up," Trump said on "Fox & Friends."