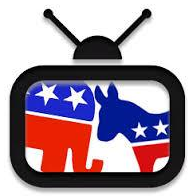 Democratic National Committee chairwoman Debbie Wasserman Schultz said that she expects that the “outrageously imbalanced” news media coverage of Donald Trump will “begin to even out” as the race heads to the general election.

In an interview with Variety on Wednesday, Wasserman Schultz said that the general election will present a different dynamic because it will be a head-to-head matchup, versus the GOP primary when Trump dominated coverage against 16 other opponents.

She said that the DNC “will be pushing for accountability when it comes to the media’s coverage of this campaign from our perspective. The opportunities should be essentially even, and so it is my hope and our expectation that the coverage would begin to even out, and you not allow what they allowed to play out during the primary. And I expect that they will be more responsible about it than they have.”

Analytics firm MediaQuant valued Trump’s earned media coverage at $2.8 billion, compared to $1.2 billion for Hillary Clinton, $770.7 million for Ted Cruz and $658 million for Bernie Sanders. The figures are for 12 months ended April 30. The Trump coverage, she said, has “kind of been outrageously imbalanced.”

Still, Wasserman Schultz said that it was “not for us to dictate” whether news networks conduct phone interviews with Trump, as opposed to in-studio or on camera interviews. Clinton has conducted phoners too, but news networks have been criticized for the extent to which they have featured Trump by audio only.
Posted 3:58:00 AM