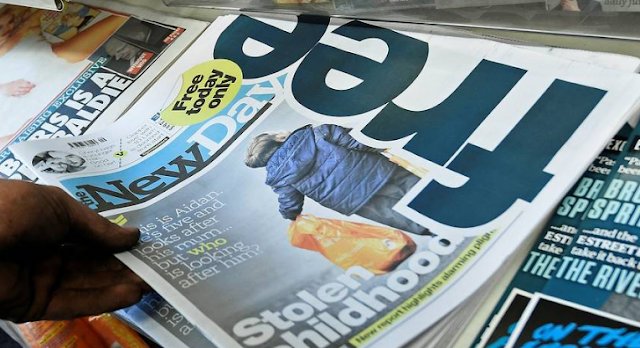 Trinity Mirror PLC said its two-month-old New Day newspaper would close Friday, in another setback for the U.K.’s print-newspaper market.

The U.K. national and local newspaper publisher, best known for publishing the Daily Mirror and Sunday Mirror, said on Thursday that circulation of New Day since its Feb. 29 launch failed to meet expectations, reports The Wall Street Journal.

The failure of New Day comes less than three months after the Independent, founded in 1986 and one of the U.K.’s most prominent newspapers, announced it was stopping print editions and becoming an online-only publication.

As in other countries, print advertising revenue has been under heavy pressure in the U.K. newspaper industry in recent years. Trinity Mirror reported on Thursday that comparable revenue for the four months ended May 1 was down by 8.6% from the same period the previous year.

New Day, which sells for 50 pence, is cheaper and smaller than most established U.K. national newspapers. Daily sales amounted to around 30,000 to 40,000, well short of a longer-term target of around 200,000, said one person familiar with the situation.
Posted 3:05:00 AM