iHM Says It's Addressing "A Significant Amount of Debt" 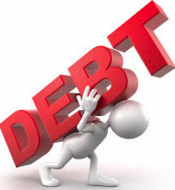 Amid strong operational results for 1Q 2016, iHeartMedia is saddled with what senior VP & treasurer Brian Coleman termed “a significant amount of debt”—$20.8 billion as of the end of March.

During the company’s earnings results call with analysts yesterday, Coleman and COO & CFO Rich Bressler talked about steps to address capital structure needs, according to InsideRadio.

Since Q3 2015, iHeart has focused on generating cash liquidity, something it will continue to do to give it the resources to be “proactive” and “opportunistic” in the capital markets, Coleman said. That could involve more sales of “non-strategic assets at high multiples,” Bressler added, such as the Q1 sale of nine outdoor markets for nearly $600 million.

“We feel like we’ve been able to manage the company’s capital structure and its liquidity position in a way that hasn’t inhibited the operation of the business and I think you can see that our investment in the business continues at levels that are consistent with historical levels,” Coleman said.