Luke Bryan Is ACCA's Entertainer of The Year 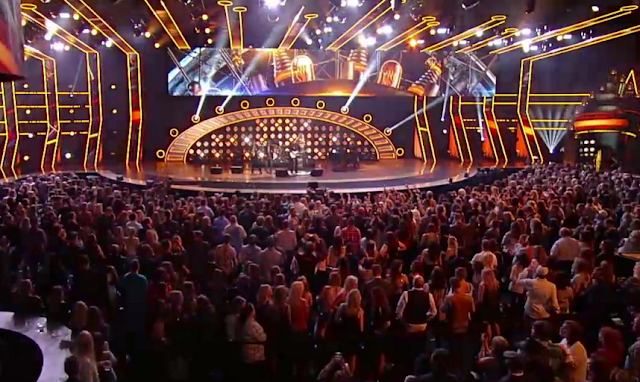 It was a night of big performances and top stars at the American Country Countdown Awards in Los Angeles. Album of the Year was awarded to Chris Stapleton for "Traveller."

Many of the big winners throughout the night, like Carrie Underwood, Luke Bryan and Brooks & Dunn, thanked God during their acceptance speeches.

The show kicked off with a performance by Martina McBride, Jennifer Nettles and Cam that had the crowd singing along. McBride also performed toward the end of the show.

The first award of the night, Male Vocalist of the Year, was announced by Underwood and was awarded to Bryan. Bryan performed immediately after his win was announced to the cheering crowd of country music greats, which included stars like Reba McEntire and Toby Keith.

"It's hard to do a speech after that," Bryan said as he thanked the crowd out-of-breath following his song. "I want to thank the good Lord above... We love you! Thank you country radio."