Personal financial expert and radio host Dave Ramsey will keynote the 2016 Radio Show, held September 21-23 in Nashville and produced by the Radio Advertising Bureau (RAB) and the National Association of Broadcasters (NAB).

Ramsey’s address will include a conversation with country music star and businessman John Rich and will be held Wednesday, September 21 at the Omni Hotel.

Ramsey’s nationally syndicated radio program, “The Dave Ramsey Show,” is heard by 11 million listeners each week on more than 550 radio stations and digitally through podcasts, online audio streaming and a 24-hour online streaming video channel. His best-selling books, including “Financial Peace” and “The Total Money Makeover,” have sold more than 10 million copies combined. In 2009, Ramsey was honored with an NAB Marconi Radio Award and in 2013 was inducted into the NAB Broadcasting Hall of Fame. Additionally, he was inducted into the National Radio Hall of Fame in 2015. 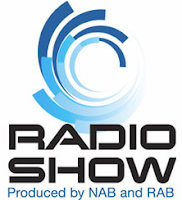 "We’re delighted and honored for Dave Ramsey and John Rich to join us at this year’s conference,” said RAB President and CEO Erica Farber. “These two incredible innovators will share some great ideas, and Radio Show attendees will walk away with tremendous takeaways they can then put to use immediately.”

During the keynote address, titled “Cutting Edge Trends in Marketing,” attendees will receive an inside look at the marketing prowess that has driven Ramsey’s business success. Ramsey will also interview John Rich of the country duo Big & Rich regarding the development of his Rich Marks branding firm and its numerous ventures.

“The power of radio has contributed to the successful careers of both Dave Ramsey and John Rich,” said NAB Executive Vice President of Radio John David. “We’re pleased to present these talented and engaging individuals at the 2016 Radio Show in Nashville.”