"Advertising is poised for even more growth in the back half of the year as political spending ramps up," Chief Executive Les Moonves said in a statement.

Shares of the company, which also owns cable channel Showtime, radio stations and the Simon & Schuster publishing house, were up 2 percent in after-hours trading.

Moonves said in an investor conference in March that the presidential campaign was expected to bump up political spending to record levels in 2016.

He has also said that the "circus" the campaign has become "may not be good for America, but it's damn good for CBS."

Alone radio revenue decreased 2% compared to a 5% decline in the fourth quarter of 2015.

The company, which also benefited from an extra NFL playoff game, said its net income rose to $473 million, or $1.02 per share, in the quarter from $394 million, or 78 cents per share, a year earlier.

Analysts on average had expected earnings of 94 cents per share, according to Thomson Reuters I/B/E/S.

CBS, home to shows such as "NCIS", "The Late Show with Stephen Colbert" and "The Big Bang Theory", said its revenue rose to $3.85 billion from $3.5 billion a year earlier. Analysts on average had expected $3.83 billion. 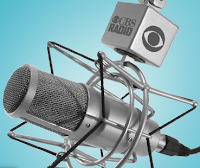 Uncertainty about the health and mental health of media mogul Sumner Redstone, CBS's 92-year-old controlling shareholder, has weighed on the company's shares for months.

CBS executives have been talking to investment bankers about how Moonves, who is also chairman, can gain more control over the company after Redstone dies or if he is declared mentally incompetent, sources familiar with the matter said last week.

During the earnings calls with financial analysts, Moonves In his opening statement, stated the company was “moving forward with our initiative to separate our radio business, which will unlock value for our shareholders and further diversify our revenue streams.”

In his prepared remarks, chief operating officer Joe Ianniello explained that the company is “in the process of completing” an audit of the standalone financial statements of the radio division and preparing a registration statement that it plans to file with the Securities & Exchange Commission in June or July. “We think a standalone public company exit is the best option available,” Ianniello said. “However, if there is a transaction that can maximize the after-tax value of this business in a shorter period of time with a higher degree of certainty, we will pursue that as well.

Ianniello also said the company would continues synerbies with CBS Radio. “There’s obviously a lot of stations that have call letters with our call letters on them, and so we’ll preserve that. We’re trying to add to both the profitability of the TV and radio stations, not make one go up and the other go down.”
Posted 4:30:00 AM