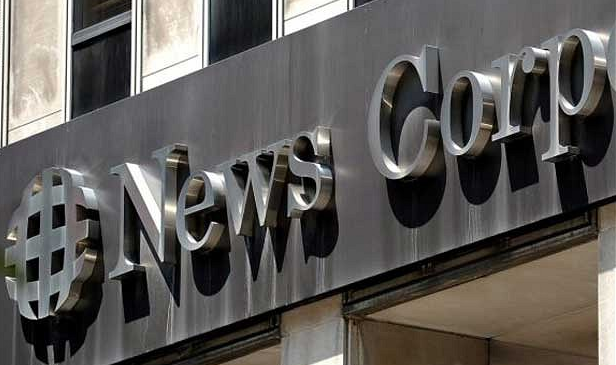 (Reuters)  --  News Corp, owner of the Wall Street Journal and book publisher HarperCollins, reported its fifth drop in quarterly revenue in a row as print ad sales declined and a strong dollar hit income from outside the United States.

The 7.3 percent fall in revenue was worse than analysts had expected, but the company's shares were flat after-hours.

The company was hurt by a one-time charge of $280 million at its News America Marketing business. News Corp said in February it had agreed to pay that amount to resolve claims that it monopolized the market for in-store promotions at more than 50,000 retail stores across the United States.

Excluding items, the company earned 4 cents per share, beating the average analyst estimate of 3 cents, according to Thomson Reuters I/B/E/S.

News Corp, which gets more than half of its revenue from outside the United States, said "currency fluctuations" reduced revenue by about $72 million in the quarter.

Revenue in the company's news and information division fell 9 percent to $1.23 billion.

Apart from the Journal, the division includes the New York Post and Dow Jones Newswires as well as the Times and the Sun in the UK and newspapers in Murdoch's native Australia.

It also contains the News America Marketing business, a provider of advertising services through publications and in-store promotions.