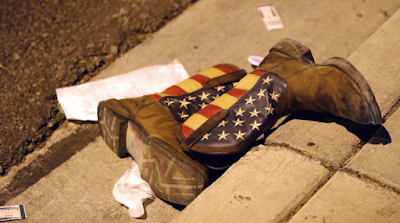 A panel of experts with access to troves of evidence failed to determine why a gunman carried out the Route 91 Harvest festival attack in 2017, the FBI announced Tuesday.

According to The Las Vegas Review-Journal, the revelation smothered what many survivors saw as the last chance to better understand why the worst mass shooting in modern American history unfolded at a country music festival on the Strip.

“Throughout his life, Paddock went to great lengths to keep his thoughts private, and that extended to his final thinking about this mass murder,” the report stated. “Active shooters rarely have a singular motive or reason for engaging in a mass homicide.”

The newly released report marks the first time the FBI has released any documentation from its investigation of the 10-minute attack, which left 58 concertgoers dead and more than 800 injured.

In a list of 10 key findings, it paints a picture of a largely apathetic man, declining in physical and mental health as he aged, who may have seen the attack as a way to attain infamy.
Posted 1:01:00 AM