Net Neutrality Back In Court Friday 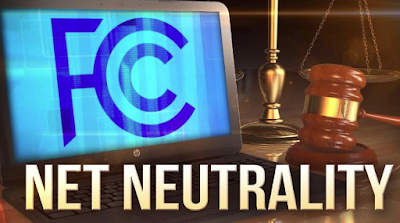 Net neutrality supporters will get their day in court Friday as they challenge the Federal Communications Commission’s (FCC) repeal of the popular Obama-era internet rules.

According to The Hill, a panel of federal appeals court judges will hear oral arguments in a lawsuit challenging the FCC’s deregulation of the broadband industry. The court date comes more than a year after the agency voted to roll back the rules requiring internet service providers to treat all web traffic equally.

Approved by the FCC under the Obama administration in 2015, net neutrality regulations prohibited companies like Verizon and Comcast from blocking or throttling content and from charging websites for faster speeds.

Shortly after the commission voted to roll back the rules in December 2017, a coalition of consumer advocacy groups, internet companies and Democratic state attorneys general sued the agency, asking the D.C. Circuit Court of Appeals to vacate the repeal and reinstate the 2015 rules.

They argued that the rules ensured a free and open internet and prevented broadband companies from discriminating against certain content or giving certain websites preferential treatment.

FCC Chairman Ajit Pai, a Republican, has argued that the rules were overly cumbersome and that existing consumer protections and antitrust laws are sufficient to deter internet providers from abusing their power.

The agency is confident it will succeed in court.
Posted 2:58:00 AM