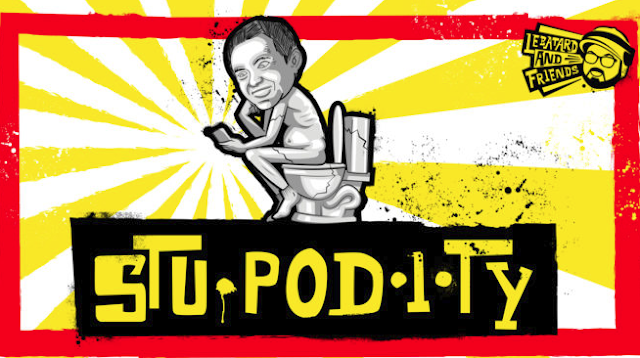 Longtime co-host on ESPN Radio with Dan Le Batard, “Stugotz” (Jon Weiner) now has his own platform to give his unique and somewhat skewed take on sports and the world around him with Stupodity, the second original offering from the newly formed Le Batard and Friends Podcast Network created by ESPN Podcasts.  Stupodity will be a weekly opportunity for Stugotz’s views on sports and life with visits from the people important to him both professionally and personally.  The first title that launched the new podcast network, Le Batard’s South Beach Sessions, launched in early January.

The first episode of Stupodity went live January 31 with recently named New York Jets coach Adam Gase the guest.  Not only does “Stu” know him from Gase’s time with the Dolphins, but Stugotz is a rabid Jets fan as a native of Long Island, N.Y.  Besides talking about his first few weeks with the Jets, Stu brings the coach into an earlier topic on the podcast where he and his wife, Abby, discussed teaching their twin 15-year-old daughters how to drive and whether to slow or stop at Yield signs.

“We’ve been talking for months if not longer about an original Stugotz podcast, and thanks to the launch of Le Batard and Friends, here we are,” said Pete Gianesini, ESPN senior director, digital audio programming.  “This is a great extension of the Stu we hear on radio as he takes us home to share his personal and family life with us…whether we want it or not!  I hope all his fans share my excitement to hear where this goes for as long as we can keep him interested and motivated.”

Stugotz added, “I was going to use this space to tell you the direction of Stupodity but I honestly have no idea! What I do know is that my wife, Abby, is going to be a big part of it and we hope to have funny discussions about sports, parenting, marriage and life that will be relatable to so many people out there and that alone makes this different and unique.

“Additionally, I have so many great people and funny personalities in my life who have been so supportive of me over the years, and this is a chance for all of us to do something fun together and for me to introduce them to you. That’s a nice way of saying, ‘they'll be doing all the work and I'll be collecting all the checks.’  Ha, that’s Stupodity!”

In its first day, Stupodity not only hit #1 on Apple Podcasts in Sports and Recreation, but was #1 overall among all podcasts!  “I think I should end the podcast now,” Stugotz said.  “I want to go out on top.”

The Dan Le Batard Show with Stugotz (weekdays from 10 a.m. – 1 p.m. ET, simulcast on ESPNEWS) joined the national ESPN Radio lineup in September 2015.  The duo has unique chemistry as they present a blend of thoughtful conversation, self-deprecating humor, and sports and celebrity guests.  The show began as a local program in Miami where it continues to be based.