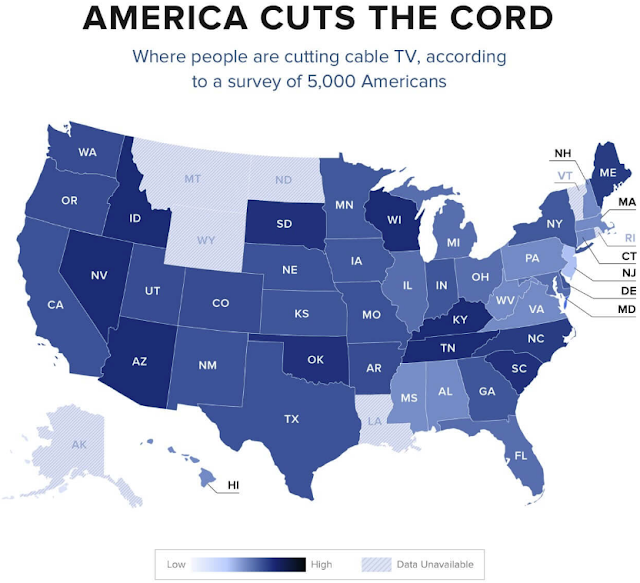 Americans are continuing to cut the cable TV cord in big numbers, with a new survey finding that nearly 60 percent of us have dropped cable and the big bills that come along with it, as the move to cheaper, internet-based services like Netflix, Hulu and Amazon Prime marches on.

The survey from Waterstone Management Group also found that another 29 percent are close to getting rid of their cable, with just 12 percent saying they content to stay with it. 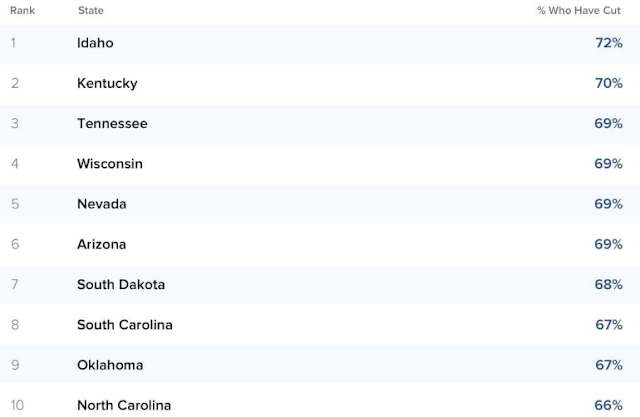 While streaming is still much cheaper than cable, Netflix recently announced that it was increasing subscription fees by a dollar or two a month, and it's set to crack down on the illegal sharing of accounts, with a recent report having found that such account sharing will cost the industry almost $10 billion in lost revenue over the next two years.
Posted 1:24:00 AM